The History of ROS...

A brief history of the society

Excerpts taken from a book written by Syd Howarth.

"PLEASE PUT ON A SHOW"

The birth of Romiley Operatic Society is no mystery!  During 1929 Dr. Lee, a well -respected doctor of Romiley and a person endowed with great concern for the community, persuaded the "Gentry" of the district into organising a mammoth Bazaar for the purpose of endowing a bed in Stockport Infirmary.

Bazaars were very popular in the '20s and '30s as ways of raising money. People would knit and sew and showcase peoples hobbies.

It was suggested that a show would be great idea to swell the profits so it was decided to that there would a presentation of two G&S operas, "HMS PINAFORE" and "COX and BOX".  Great enthusiasm was shown in the village with result that finally on stage there were no less than eleven principals, a chorus of twelve ladies and twelve men, backed up by an orchestra of fifteen instrumentalists.  A team of six made up the support team - business manager, scenery makers and ticket secretary etc.  A local newsagent held the booking plans.  All seats were reserved and cost the princely sum of 2/6 (12.5p) 2/- (10p) and 1/6 (7.5p)

Rehearsals took place in the local scout hut and the opera's were produced in Hatherlow Sunday School on October 2nd, 3rd & 4th 1931.

Following the success of the initial production, there was a great deal of enthusiasm to repeat the venture, not only by the potential performers but also by the local populace.  Consequently, a number of the former officials agreed to from a sub committee with a view to create a new Society. On 3rd May 1932 the minutes of the meeting read as follows:-

"The Society shall be called ROMILEY OPERATIC SOCIETY"

This was followed by:-

"The objects of the Society shall be to produce Opera and to assist local charities".

The constitution was drawn up and agreed and the first production for Romiley Operatic Society was in February/March 1933 of "IOLANTHE".

In 1934 Romiley Operatic Society upgraded from performing at the 120 seat Hatherlow Sunday School to the 1000 seat Savoy Cinema which was built on the corner of Sandy Lane in Romiley. The Savoy even had a circle and was much more like a theatre and was situated more central, sported with a car park and a cafe.  The first production at The Savoy was "The Gondoliers" - 1936.  This was great success and the local community made it a prestigious occasion, seeing spectators and patrons arriving in evening dress.

Romiley Operatic Society them moved to Hyde Theatre Royal.  This was a well-established professional theatre.  The building featured, plus not only a Dress Circles but also the "Gods" - three tiers in all.  However, the "gods" were not used, having only wooden bench seats, as distinct from the plush upholstered seats below. The theatre boasted excellent accoustics.

The real bonus was the stage.  It was at that time the largest stage in the North West. Larger than the Palace or the Opera House in Manchester. The distance from the back wall to the footlights was the same distance from the footlights to the rear of the auditorium!  Romiley Operatic Society performed happily at the Theatre Royal until 1972.  Some of the productions performed there were "Merry England" in 1957, "The Mikado" in 1960 and "The Merry Widow" in 1972.

Following the news that Hyde Theatre Royal would no longer be available, the decision was made to take up residency at the Davenport Theatre in Stockport. The first production being "The Desert Song" in 1963.  The Davenport had been built predominantly as a cinema/variety venue.  Consequenlty, the stage - although adequate - was not large, having limited depth with little wing space.  There was, however, a fly tower for the first 10 lines.  The remainder of the stage was in a recess.  The auditorium held 1700 seats.

"WHY NOT TWO SHOWS A YEAR?"

With the production costs of Davenport shows increasing rapidly, it was decided that a second less expensive show at the Romiley Forum would help swell the bank balances.  The main savings would come from the cheaper hire charges and, if a G and S Opera was presented, there would be no Royalties to pay. The first show at the Forum being "IOLANTHE". It proved to be a total success and mad a slight profit to help finance the Davenport show.

1990 was to be our Diamond Jubilee, and to celebrate we had chosen a fantastic show "The Sound Of Music" one of Rodgers and Hammerstein's best-loved shows, for our production at the Davenport.

"THE END OF THE DAVENPORT"

"Me And My Girl" was to be last show to be presented at the Davenport Theatre.  There was, in fact, a "Farewell Concert" on the Sunday night, produced by Johnny Hamp with Frank Carson, Mick Miller, Johnny Casson, George Roper and Bill Tarmey.  ROS presented excerpts from "Me And My Girl" accompanied by the Arly Prior Orchestra.  The last act was The Lambeth Walk, of whcih the audience dances in the aisles.

So we had done it again!  We were getting a reputation for closing theatres; the Savoy, Hyde Theatre Royal and now the Davy!  Our new venue to be The Royal Northern College Of Music in Manchester.

"WE MOVE AGAIN - TO THE PLAZA"

The lack of theatre in the centre of Stockport had been a concern since the Davenport closed, when out of the blue, it was noted that the Plaza (closed for Bingo) was to be sold.  A Plaza Action Group was formed of which ROS members were enthusiastic supporters.  ROS loaned £6000 to the Plaza Trust and completely refurbished a main dressing room.

At last we considered that we had a theatre we could call home.

It was obvious that our first show at the The Plaza had to be swingy, foot-tapping with well-known songs.  A show that filled this criteria was "Anything Goes".

ROS have performed at the Plaza ever since, producing some new, big productions such as Jesus Christ Superstar, Disney's Beauty and the Beast more recently 9 to 5 The Musical, Hairspray and Chitty Chitty Bang Bang.

This is just a brief history of Romiley Operatic Society.  A more detailed version can be read in Syd Howarth's book.  Please get in touch with us if you would like a copy. 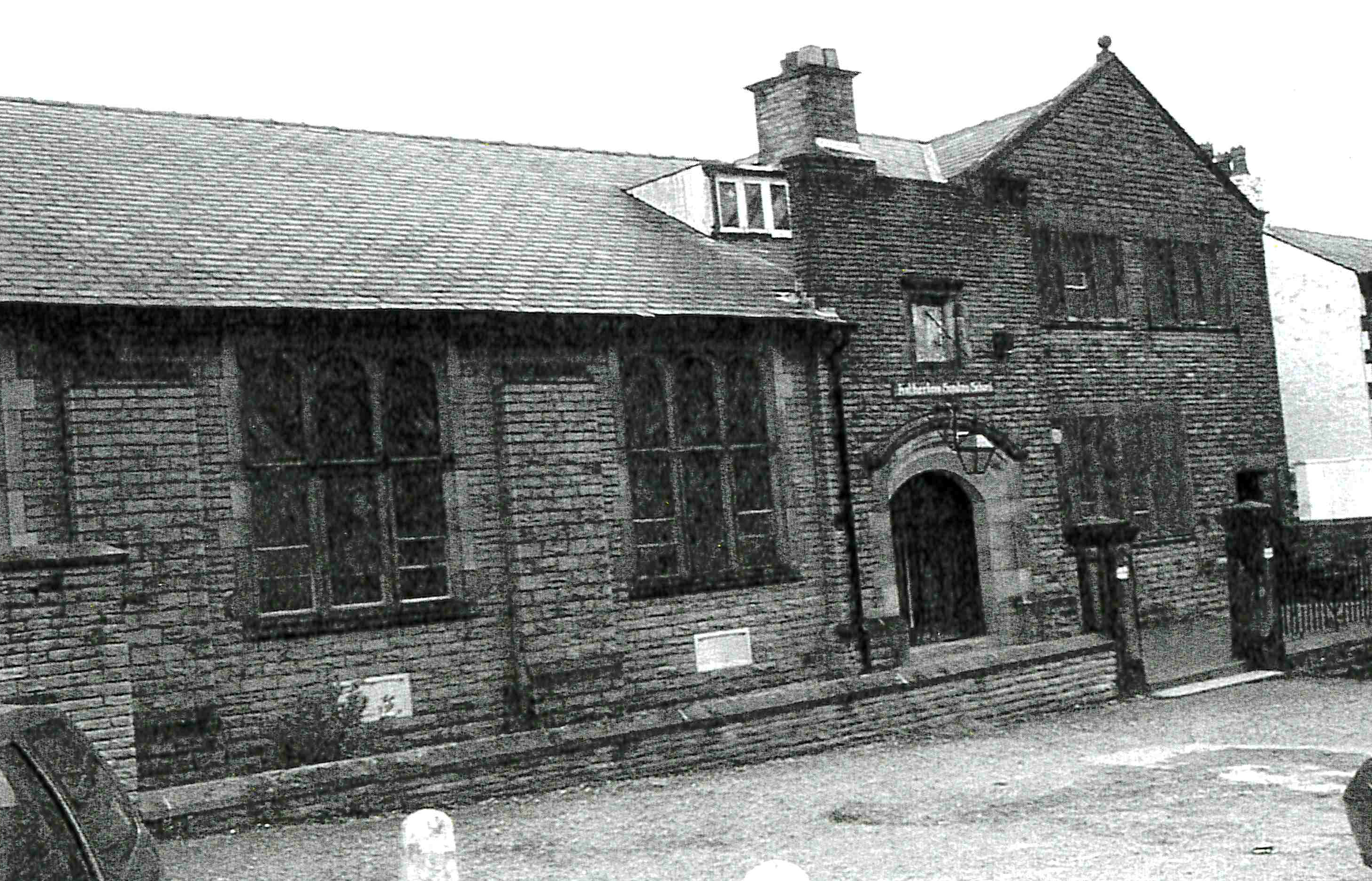 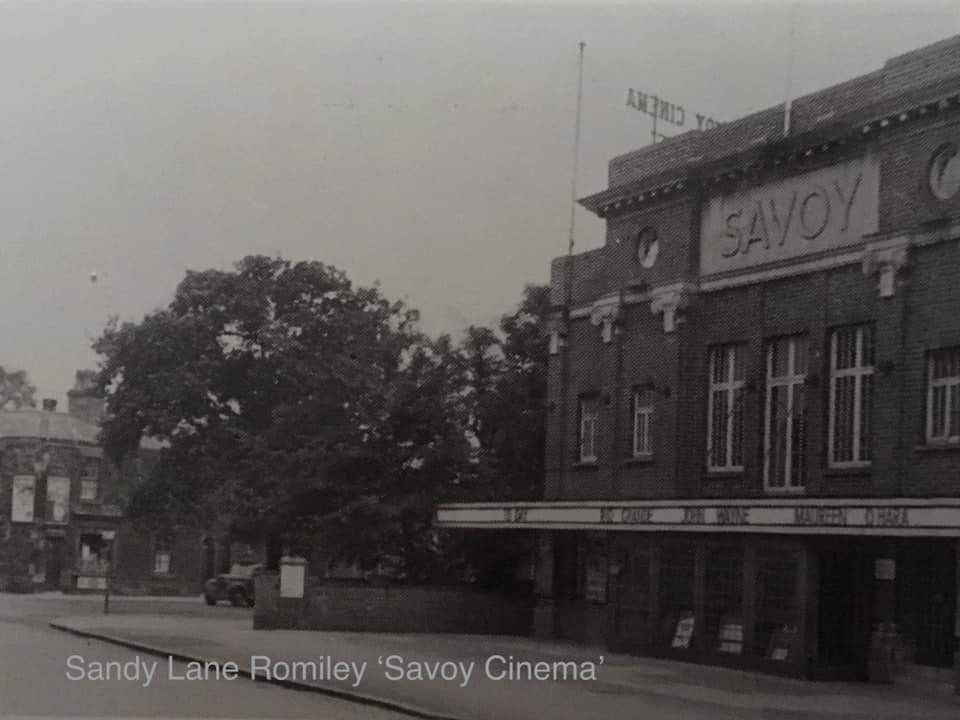 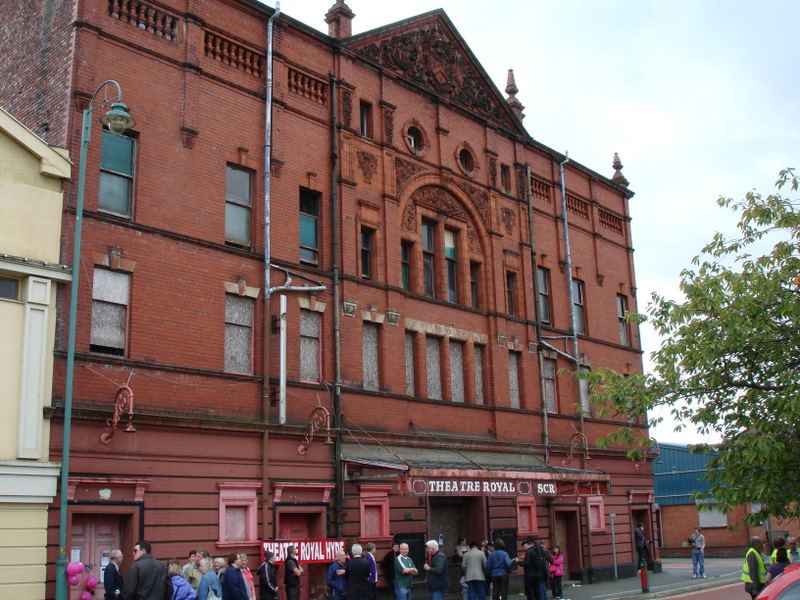 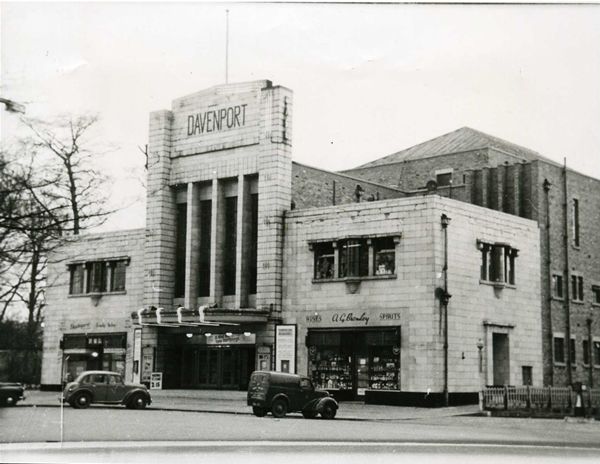 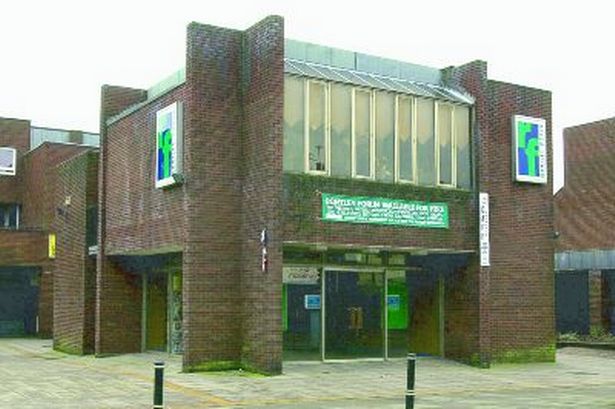 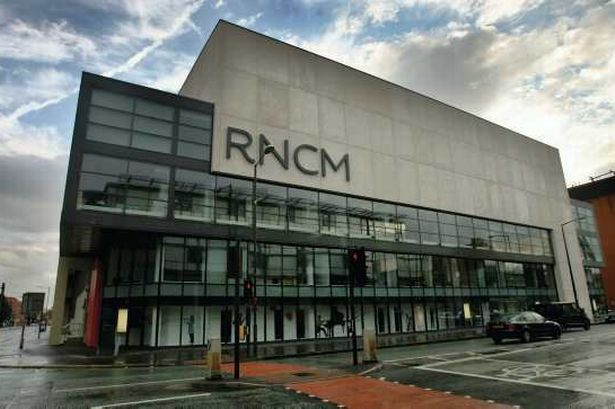 The Royal Northern College Of Music 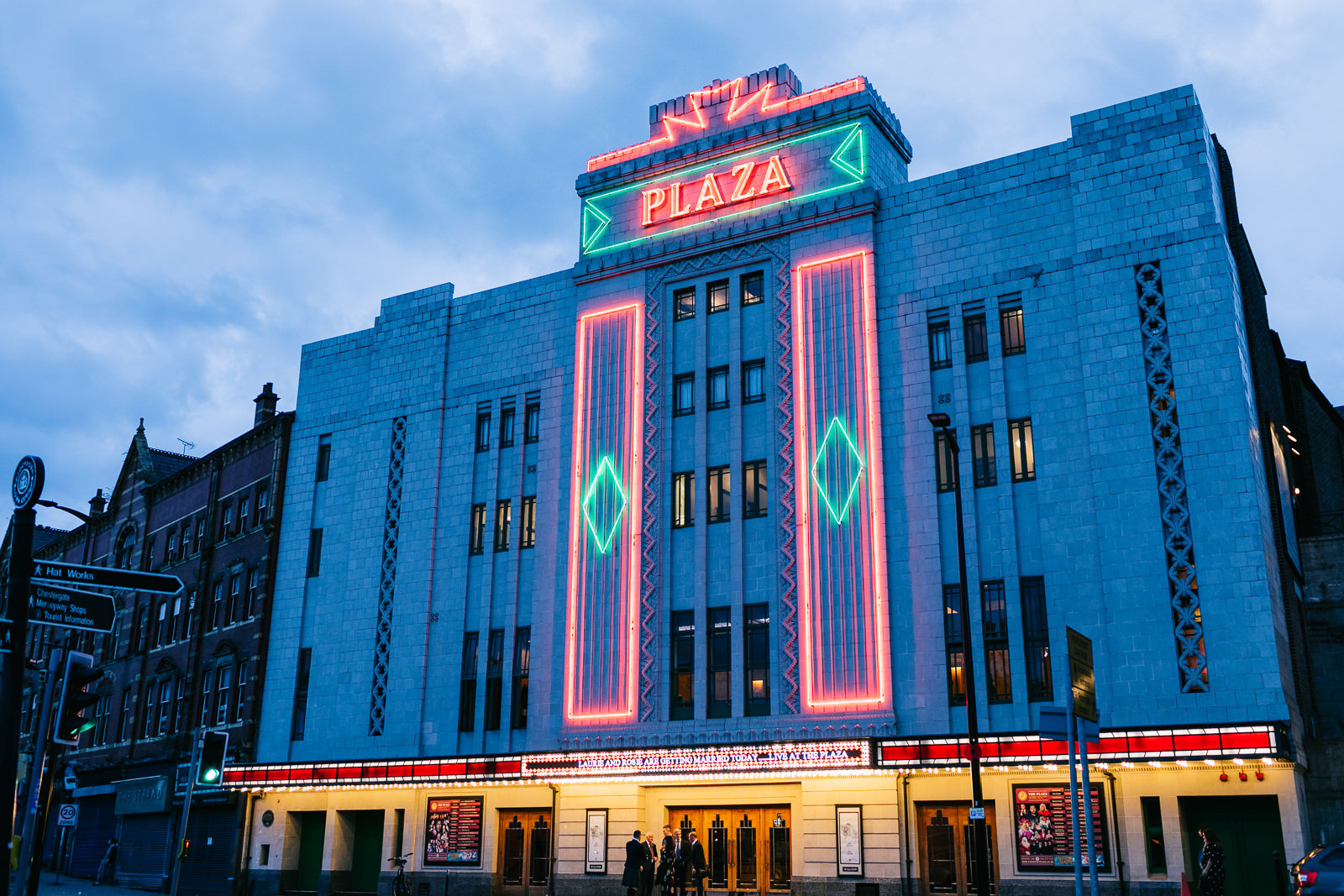 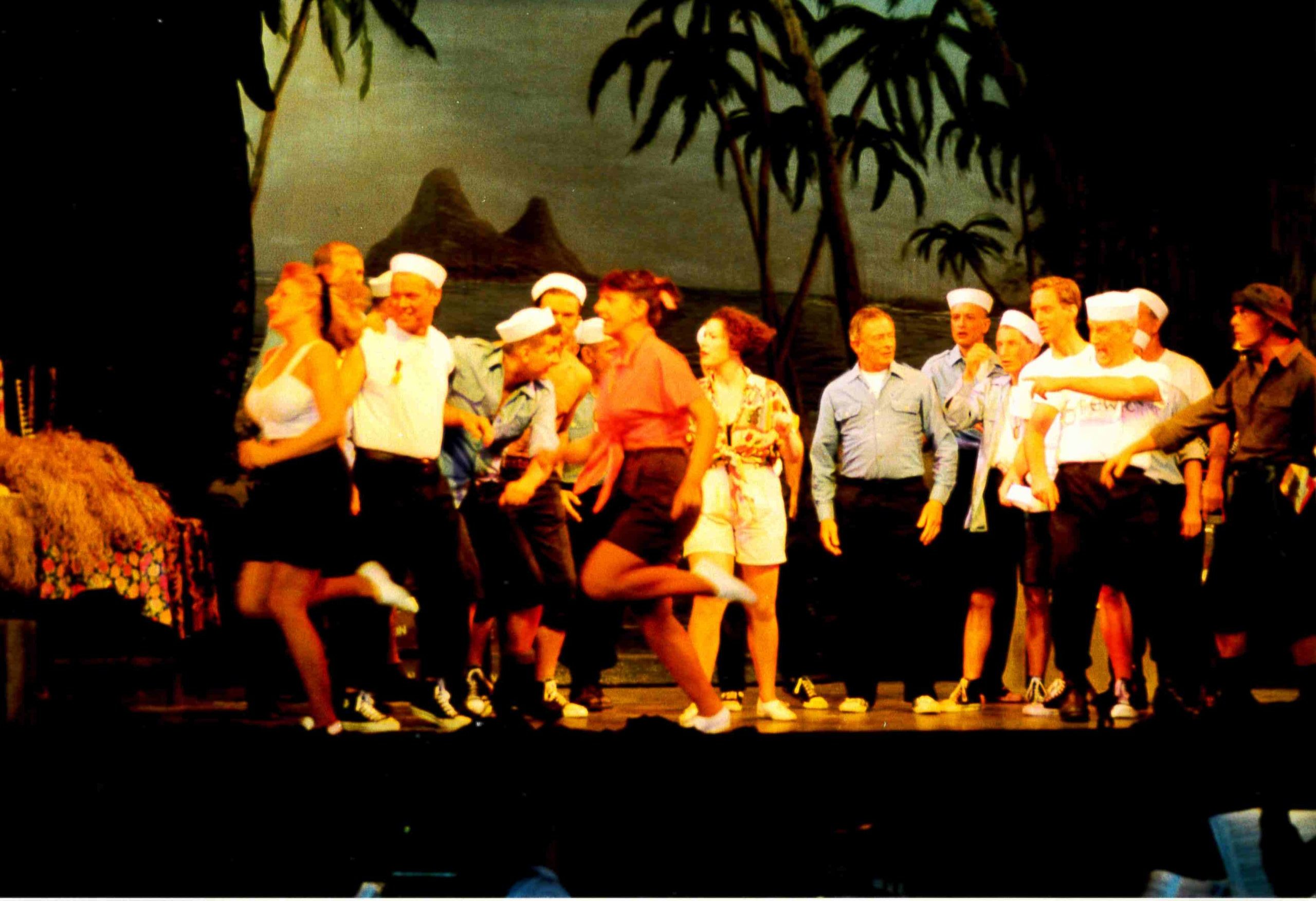 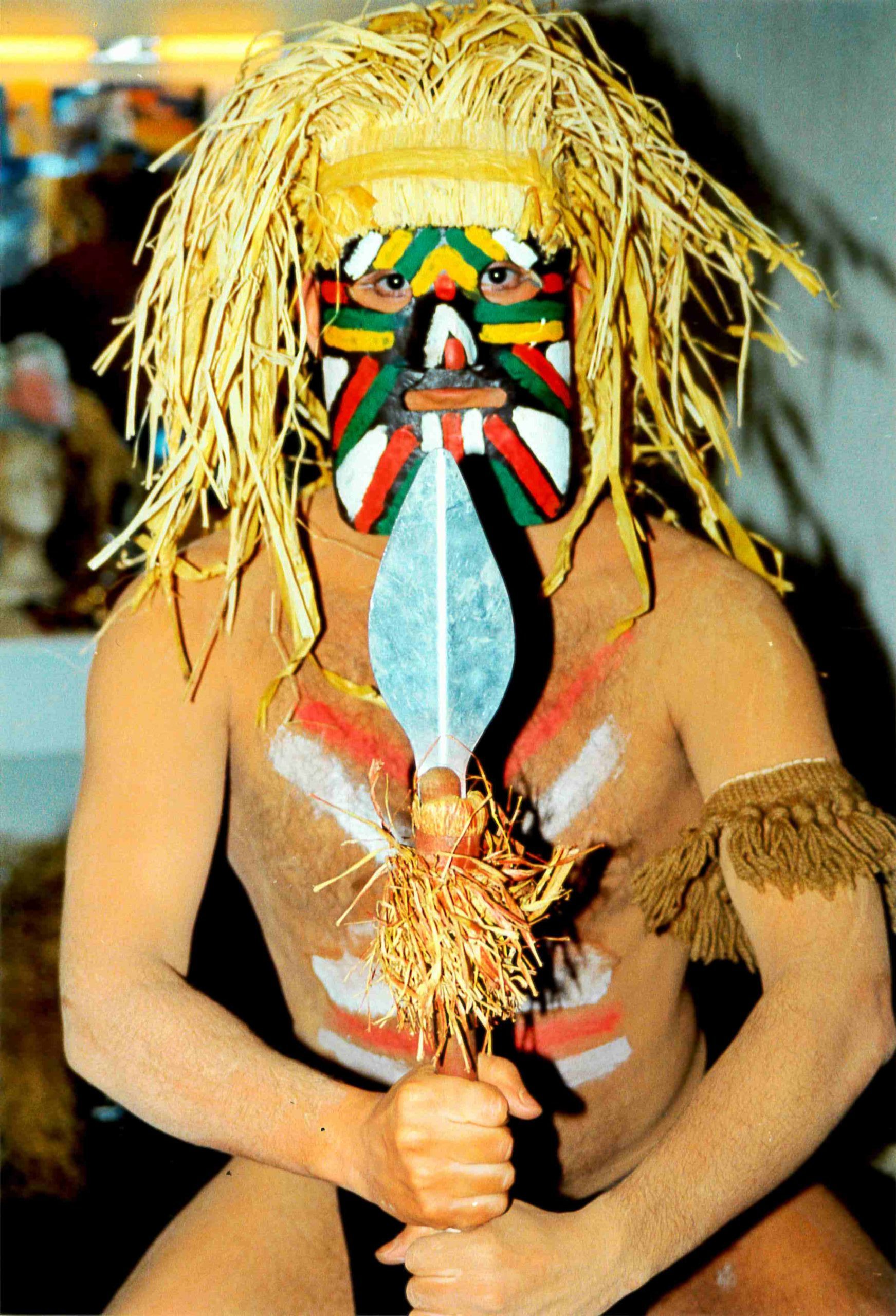 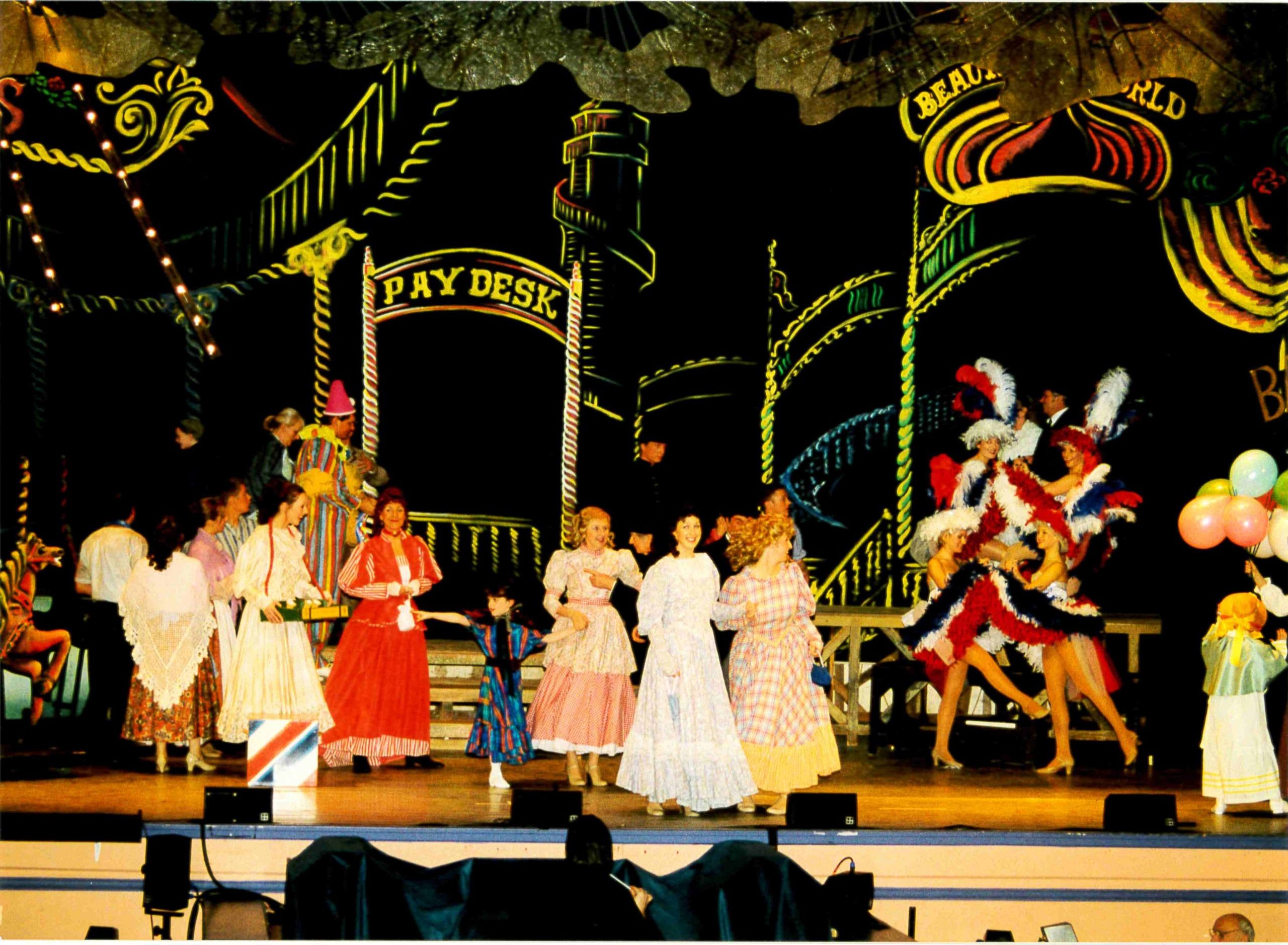